Let us consider the random heat equation described by the following system:

for $G$ a domain, $G_0\subset G$ a subdomain, $f$ a control, $y^0$ the initial configuration and $\alpha$ the diffusivity coefficient, which is a positive random variable with density function $\rho$. We have that the averaged solution of (1) is given by:

Consequently, the Fourier transform of the average of the fundamental solutions is given by:

when $|\xi|^2t\to+\infty$, which can be proved by the Laplace method. Thus, for those density functions the averaged dynamics in $\mathbb R^d$ has a fractional nature. As it is proved in [1], for $G$ bounded this is also true and we have the usual controllability and observability results of fractional dynamics; that is, (2) implies that the averaged unique continuation is preserved, but (2) preserves the null averaged observability if and only if $r>1/2$, being the threshold density functions those which satisfy:

Let us now illustrate the difference between several probability distributions for the diffusion through numerical simulations. For that, we recall that the optimal control is given by $\varphi(t,x;\phi)1_{G_0}$, for $\varphi$ the averaged solution of

and $\phi$ the state which minimizes the functional:

In order to numerically implement this problem, we approximate it by minimizing $J$ in $V_M:=\langle e_i \rangle_{i=1}^M$ for ${e_i}$ the eigenfunctions of the Dirichlet Laplacian and for $M\in{40,50,60}$. Since $V_M$ is a finite dimensional space, computing the minimum of $J$ is equivalent to solving numerically a linear system, which can be easily done by using any numerical computing environment (in our case MATLAB). We have the following illustrations:

Finally, we illustrate in Figure 4 the state at $t=1$ of the respective solutions of the averaged heat equation with the previously obtained controls. For $\rho=1_{(1,2)}$ the solution converges smoothly to $0$, whereas for $\rho=1_{(0,1)}$ the solution diverges. 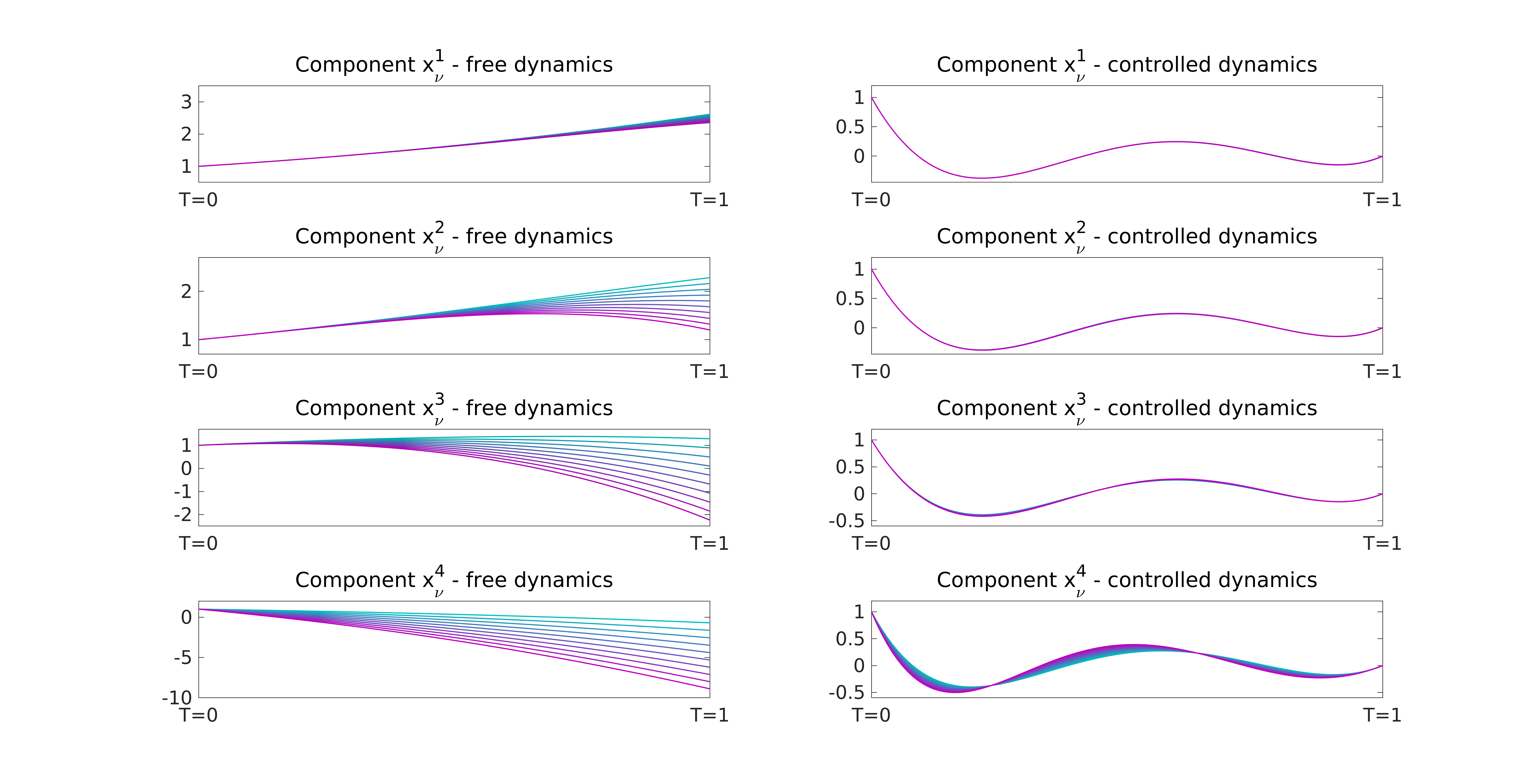 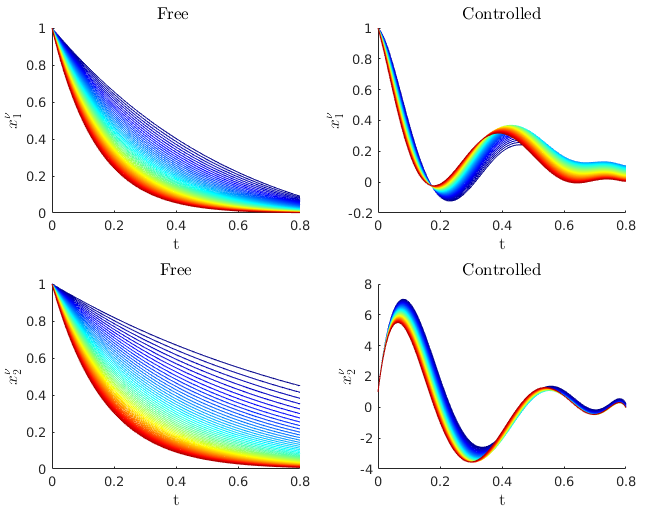