A natural application in the framework of shape optimization is the aerodynamic design of an airfoil. An object defined by a domain

immersed in a fluid will experience a net force given by

is the stress tensor,

is the fluid pressure,

is the kinematic viscosity,

is the strain rate tensor, and

is the fluid velocity vector field. 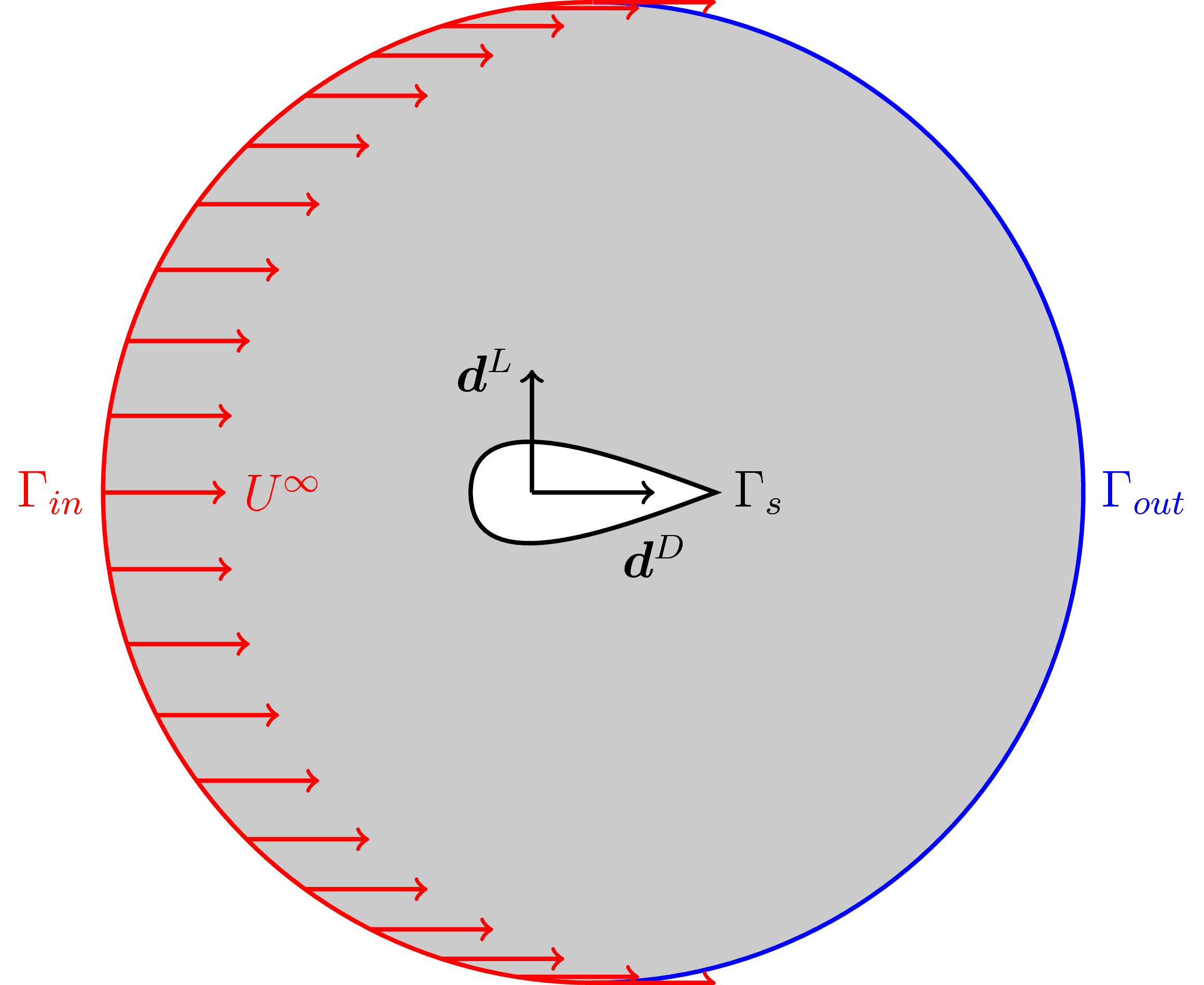 The force exerted by the fluid on the airfoil parallel to the fluid velocity at infinity is referred to as the drag force, whereas the force in perpendicular direction is often named the lift.

We look for the optimal shape in order to minimize the drag, as this force produces energy losses, and at the same time maximize the lift for a fixed airfoil volume. This can be expressed by means of the functional

are weighting factors for drag and lift forces, respectively, and with

. The state variables are subject to a set of constraints in the fluid domain

and to the volume constraint

The adjoint problem reads as

The directional derivative of the functional is given by

for a sufficiently small value of

In summary, the shape optimization iteration is as follows:

The above shape optimization process has been implemented in the open-source C++ library OpenFOAM. The already existing solver adjointShapeOptimizationFoam is a topological optimization routine that relies on a porosity variable and on the calculation of volume sensitivities to determine which regions of the domain must be blocked to the fluid passage in order to minimize a known functional. We have coded a new solver shapeOptimizationFoam that takes some ideas from the aforementioned one, but which performs a shape optimization iteration instead by computing shape sensitivities. 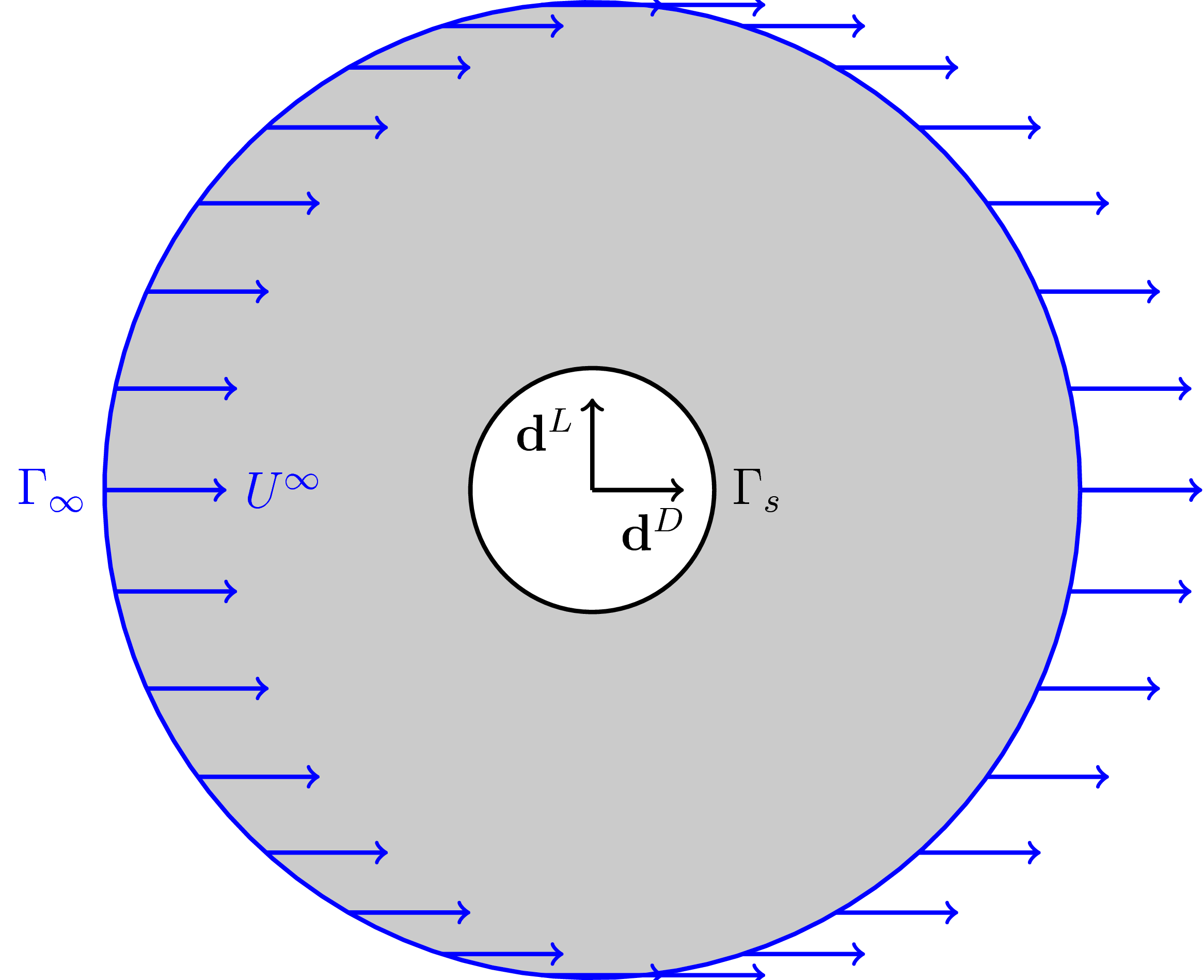 The adjoint problem reads as

are the cylinder diameter and thickness, respectively. 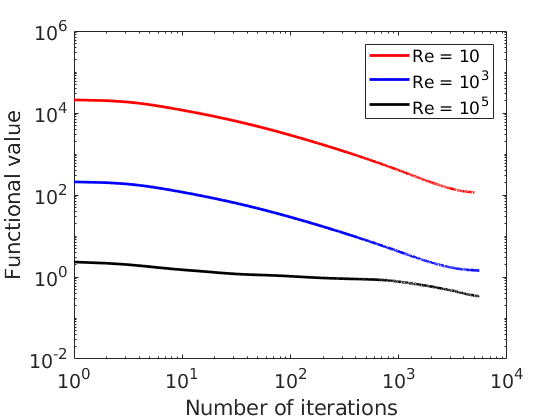 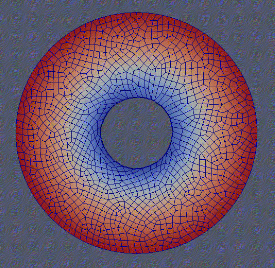 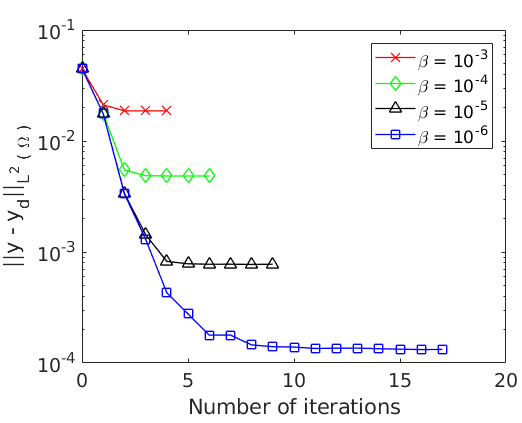 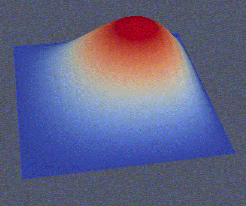 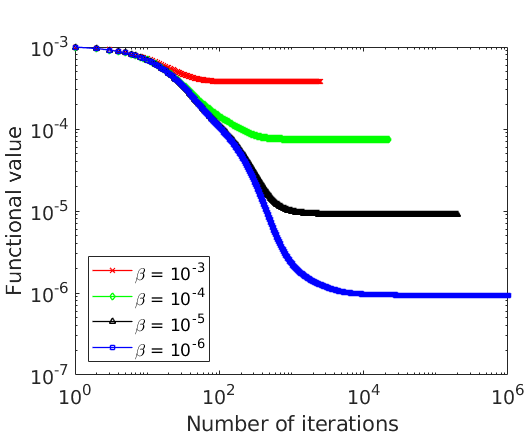