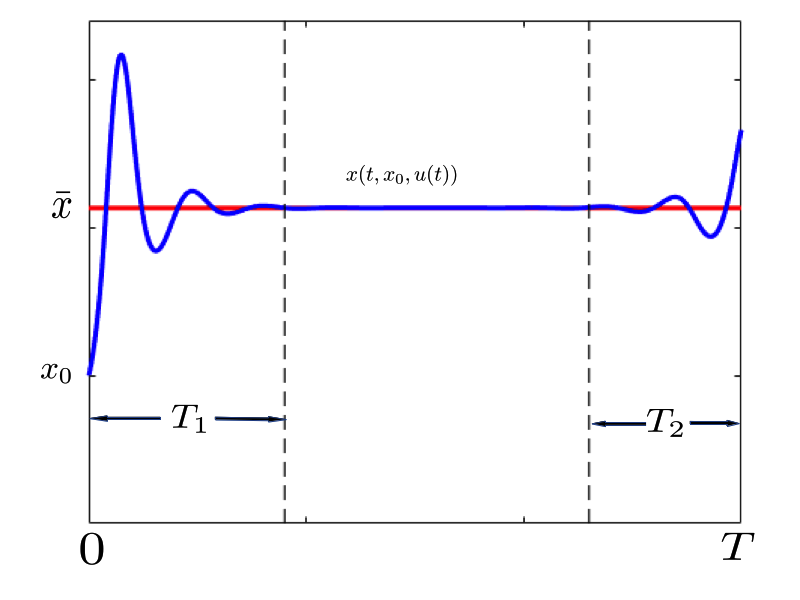 Figure 1: When an optimal control problem satisfies the turnpike property, the solution remains close to certain path for most of the time, except maybe for an initial time interval $T_1$ and a final time interval $T_2$. In this Figure, $x(t,x_0,u(t))$ is solution of the optimal control problem (3) with the cost function (2), while $\bar{x}$ is the optimal solution of the stationary problem (5).

The origin of the term Turnpike is in the interpretation that Samuelson did of this phenomenon in [1] : suppose we want to travel from city A to city B by car, the best way to do it, the optimal way, is to take the highway (namely, the turnpike) as near as we can from city A, and leave it when we are close to B. So, except nearby A and B, we are expected to be on the highway: in other words, the turnpike of the problem. The turnpike property is very useful, since it gives us an idea of the nature of the optimal solution of a problem, without having to solve it analytically. In practice, the turnpike property allows performing a significant improvement of the numerical methods used to solve optimal control problems.

The Turnpike property in the Linear Case

There exists a unique optimal control $u(t)$ in $ L^2 (0,T;\mathbb{R}^{M})$, characterized by the optimality condition

Let formulate the same problem for the steady-state model

Then, there exists a unique minimum $\bar{u}$, and a unique optimal state $\bar{x}$, of the stationary optimal control problem

Some results and extensions on the turnpike property 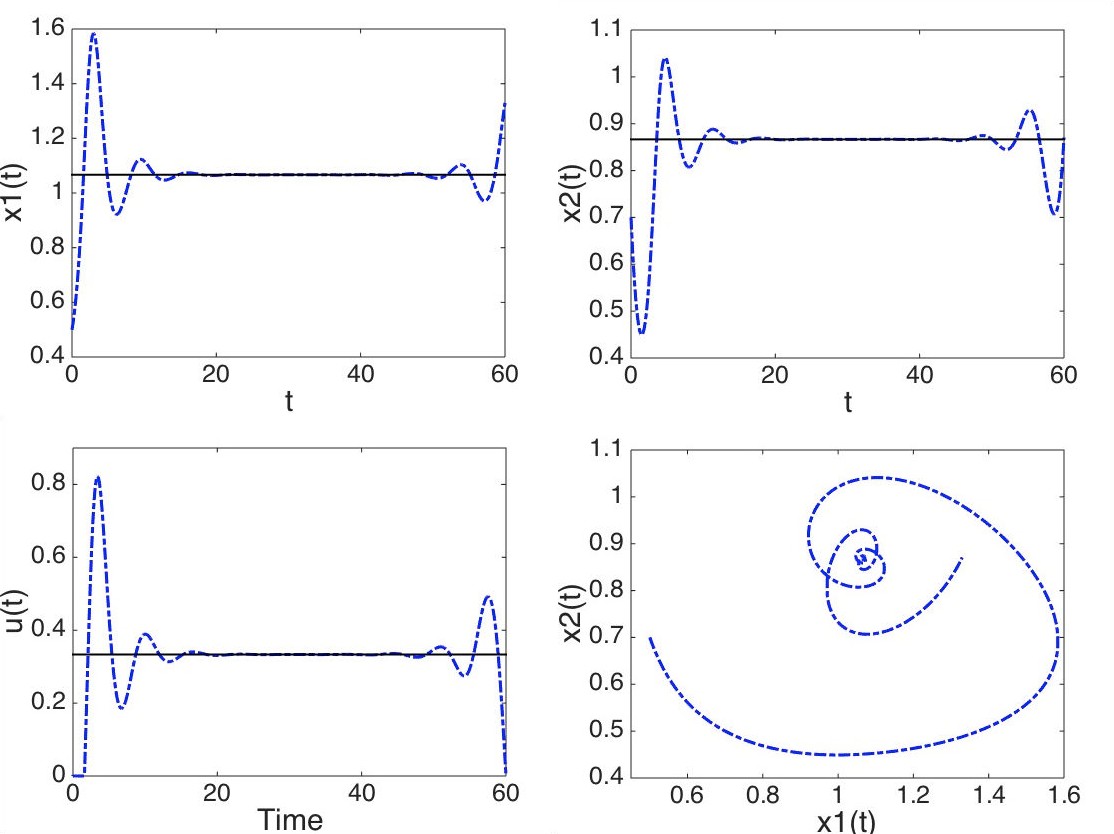 Figure 2: The Lotka-Volterra equations model a biological ecosystem where two species interact: a prey and a predator. In [9] the control is introduced by hunting both species. In this figure we can see the turnpike phenomenon in both species ($x_1$ is the prey and $x_2$ is the predator species) and the control $u(t)$, which represents the hunting. In dashed blue, we have the evolution of each variable, and in black, the turnpike. 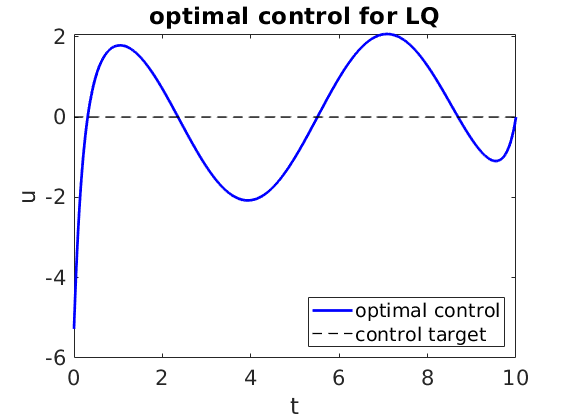 In this short tutorial, we explain how to use Riccati’s theory to solve an LQ control problem with targets.
Author: Dario Pighin - 21 April 2019